This morning I am thinking about down time. 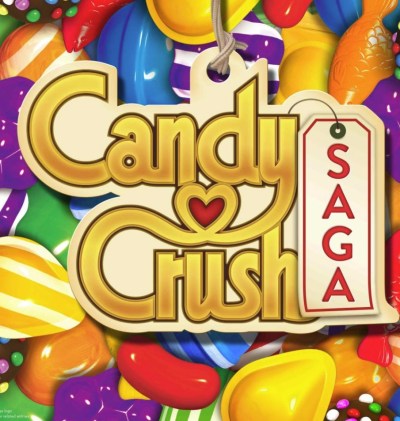 This morning I played a video game for the first time in a week. I gave them up last week as part of my ongoing project to try to change one of my habits for a week and see how the change affects me. I wanted to change my video game habit because it’s been a constant for essentially all of my life; because it can get pretty invasive; and because the games I’ve been playing lately are brainless and dumb, and that makes me feel lame. I mean, if I was a serious gamer, who participated in some MMORPG  or online tournaments, then it would be a waste of time but at least I’d be involved in something; I’d be part of a cultural moment, of some kind. I’m rarely involved in those types of things, and I often feel bad about it — for instance, I’ve seen neither Game of Thrones nor the Marvel Cinematic Universe movies, so everything on Twitter right now goes over my head, instead of just most of it going over my head.

So if my video gaming was at least marginally cool, I wouldn’t feel so bad about it. If I felt like the video games I played had some positive place in my daily routine, I wouldn’t feel bad about that, either — so if I had a following for my video game reviews, or if I wrote for games, or even if I played the Sims and used the opportunity to work on my storytelling, all of that would fit in with my more-complimentary views of myself. Solitaire, though? Mah-Jong? Freaking Candy Crush? How do I feel good about those? Surely I would be better off without them: more focused, more productive, more — interesting.

The big lesson from this past week is this: I don’t veg out because I am addicted to video games; I play video games because I need to veg out. This entire week, the times when I would have been  playing video games, but I wasn’t, were all spent doing something else that wasn’t terribly productive. Mostly scrolling through Facebook and Twitter, which I did more of this week than normal; I watched far more videos, which I usually just scroll past. Losing the video games had a minimal effect on my habits and productivity.

I did try: I tried to read more, and I tried to do some research on the Democratic candidates for President for 2020 (Okay, only on Elizabeth Warren. She’s been my pick since 2016, honestly, and I wanted to look into her policy proposals more. I think I looked at  her website for ten minutes? Maybe fifteen?). But the issue was, I’ve been exhausted all week: I’ve been having pretty serious insomnia; and this is the hardest time for teachers because we have to drag both ourselves and our students through the last few weeks; and there have been stressful things going on for my friends, which has affected me for their sakes; and I’ve been trying to find a new place to live. So it was not a good week for productivity: it was, if I may paraphrase Monty Python, a week for lying down and avoiding. Even my reading, which is one of my other preferred relaxations and escapes, was no good for this week: I’m reading a history of philosophy, written by the mathematician/logician/philosopher Bertrand Russell, whom I admire enormously, but who is always more interested in math than anything else, and whose writing requires quite a lot of focus and effort to get through with full comprehension. So even reading was exhausting.

But when I did find the time and energy to be productive, I did it well: I pursued housing diligently all week; I kept up with my classes and got a lot of grading done; last night I finished a lengthy short story I’ve been working on as a present. I’ve been blogging faithfully all week, and with some pretty substantial posts. It’s been a productive week, considering my circumstances. Just — not because I stopped playing Solitaire.

I did learn that if I’m going to pursue anything serious on social media — try to expand my book sales or the following for this blog — I need to improve my use of the platforms. There is no reason whatsoever why I didn’t find new accounts on Twitter and new blogs on WordPress for me to follow; I just didn’t. So I think there will come a week soon when I set aside time every day to do that, and see if I can make a new, useful habit.

Not this week, though. This week is still everything stressful: my friends are still struggling; my rental search is still ongoing; schoolwork and students are still dragging me down. I’ve slept better this weekend, but we’ll see how that goes when I go back to work.

So this week, I asked my wife what I should give up.

She nodded. “Exactly. Think how easy it will be.” I laughed, and she added, “You think I’m going to make it hard on you? Really?”

I love my wife. And so I’m going to take her suggestion.

I am going to make it slightly harder on myself: I’m going to give up snacks for the week. I come home pretty much every day and eat some kind of salty finger food, pretzels or peanuts or Cheez-its or potato chips; and we frequently have a little ice cream or a couple of cookies for dessert. I rarely eat those things because I’m actually hungry; just because I want some comfort, something to keep me awake. I don’t think I need to use food for that. So I’m going to give all that up, and only eat the major meals, and maybe an apple in the afternoon — I am a teacher, after all; apples sort of come with the job, right?

But if it comes down to it? I’ll let myself slide on everything that isn’t gum.

That’s what my wife told me to do.

One thought on “This Morning, This Week”