Okay so here’s the thing.

I’ve been having something of a crisis of confidence. Maybe not a crisis, actually, because it’s been going on for quite a while; I’m still not out of it, in fact. But I’m realizing that it is probably more important than I’ve been giving it credit for being, and it almost certainly has to do with this blog, and what has happened to the kinds of things I post on here. I think this is the reason why I’ve reduced myself to posting only book reviews (Not that there’s anything wrong with that), and why all of my intentions to post frequently have fallen by the wayside, so that now I’m lucky if I get one post a week on here.

What happened is that I found out that I’m not actually very good at arguing. I think quickly, but I think shallowly; I tend not to do much research, I don’t argue about things that I have spent years learning; I jump in with both feet and start slinging opinions around everywhere. Then I get angry, and I start insulting my opponents – sometimes subtly, sometimes not so much – and when they insult me back, then I get huffy and leave the argument on my high horse. Though frequently, I say I’m leaving the argument but then I don’t; I just take a little longer to think up my next response, or I let other people talk for a while and then I wade back in. Basically, I’m really, really annoying, and the main reason why I always thought I was good at arguing was because I surrounded myself with people who agreed with me, and who therefore complimented me on my ability to take down my opponents. I don’t think I actually took them down very often; I just needled them into shutting up, or else I made wittier fun of them than they made of me, and so my audience applauded.

I don’t like this, but it’s true. It may be a little too harsh; I have had many arguments, and some have gone well, and sometimes I do know what I’m talking about. But ever since I found this out, I’ve noticed how often I talk without thinking, how often I ignore the need for facts to support my arguments, relying on words and, y’know, “logic.” Meaning explaining my thoughts and expecting other people to agree with my thoughts, which is mostly what we mean by logic. I have noticed how often I get angry and then say something shitty. And so I’ve started deleting those nasty comments, and more importantly, I’ve started avoiding arguments. Which I think is a good thing.
Along with that, however, I’ve stopped thinking that I should be ranting about the state of the world, and then sharing those rants with the world. I no longer see myself as a natural authority on truth, justice, and the American way, because my reason for thinking that was mostly that I could win arguments, which I thought made me right. It doesn’t. And if I’m not right, what exactly am I bringing to the table when I post about politics or the state of the world?

Not much, as it turns out. I don’t have a whole lot to offer society as a whole. So I’ve stopped wanting to offer it.

But there’s good news. I still think I write well. I think I have good stories that I’ve written, that I am writing. I think I do a decent book review, though there are certainly others who do more thorough assessments of their books, and who give more useful information; but I think mine are okay, so I’ve kept writing them. But that isn’t the exciting part. The exciting part is that I have kept writing fiction, and other than the fact that I have to spend much too much of my time working and also living my life, I have been writing fiction the whole time I have been pulling away from blogging and ranting and arguing. Which, yeah, that’s good news. Because I write well.

And then this last week sometime – the days all blend together, it seems – I had another realization. While I’m going through this fiction-writing adventure: why the hell am I not blogging about it? I mean, sure, it’s a change from what I’ve done in the past, but if that stuff was not very good, maybe this is a good change. Maybe I should stop ranting for a while, and instead keep this blog as, y’know, a blog, a weblog, an online journal detailing what I’m living through right now.

So to that end, I plan to start keeping a record, as often as I can manage, about this new thing I’m doing. I may still rant sometimes (I certainly will have some ranting to do about school and the world of education, I have no doubt) and I’ll keep up with the book reviews as much as I can; but otherwise, this will be the subject of this blog. Rather than trying to be Just Dusty, I’m going to make this – just Dusty.

Oh right. So what am I going through, you ask? Those of you who are still reading this, that is? Both of you?

I did this before, but I did it in such a terrible way that I don’t even count it. I wrote a book, completed it in 2006, and then when it wasn’t picked up by an agency or a publishing house after fifteen or twenty query letters (I think; I don’t even remember at this point how often I sent it out, though I do remember buying at least three Writer’s Markets to look for leads), I decided to self-publish it as an ebook. I joined Amazon.com’s Kindle publishing program, followed their instructions, and uploaded my book to the Kindle Store. I made an author profile, and – that’s about it. I didn’t really edit the book — still had more than a dozen simple typos, and I don’t know how many clunky passages, because I didn’t go through and smooth them out. It didn’t have a cover; I found a pattern image on my cheap-ass graphics program, slapped the title and my name on the front, and called it good. Here, this is it: 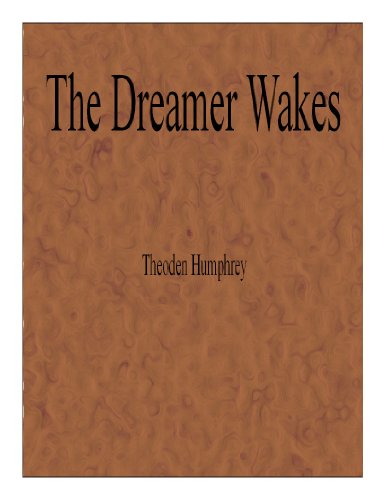 My plan was actually to include a plug for my book in all of my Amazon reviews, because at the time, I had something like 100 book reviews on the site which had garnered some thousands of positive votes; seemed like a good opportunity to say, at the end of my long and detailed reviews, “Hey, maybe you should go check out my book, too.” But when I added a line at the end of my reviews, Amazon pulled them from the site. Because you can’t advertise for a book in the reviews of a different book. And of course I get that – but also, why the hell not? The whole page is designed to get customers to look at other books, other books by the author, other books that people bought after looking at this book, other books that Amazon thinks are related to the one you’re checking out. My review plug clearly wasn’t Amazon’s choice for readers, only mine, so I didn’t see why they got pissy about it. Anyway, I pulled the plugs out of the reviews, and then I did nothing at all to promote the book. It’s still there, still for sale, but in the two years – three years? – that I’ve had this particular blog, I don’t believe I’ve ever mentioned it before.

Turns out I’m not only bad at arguing, I’m also bad at advertising.

But it’s okay! I’m really not trying to denigrate myself. It’s still a good book. (Though the larger problem now is that it is actually the first book in an intended trilogy or tetralogy, and I’ve never written the other books. Which is vile and wrong of me, and considering how much crap I’ve talked about George R. R. Martin for never finishing the Song of Ice and Fire series of books before he turned into a TV mogul, it’s really pretty appalling that my only work available for sale is an unfinished series.) It’s just not the story I’ve been writing.

The story I’ve been writing, which I have brought back for its second go-round as a serial blog, is The Adventures of Damnation Kane. It’s the story of an Irish pirate from the 17th century who finds himself, with his ship and his crew, in 2011. I started this story in 2013, kept it as a serial blog for about a year, and then stopped. But I love this story, and I want to finish it all the way to the end; and this time, while I’m writing it, I also want to publish it. This time, I have a real plan. This time, I’m going to do it right.

And that includes trying to talk up the book wherever and whenever I can. I want people to be as excited about the book as I am.

Which means that I should be talking about it – here. Among other places, of course, but certainly, at the least, in this space, which is supposed to be a collection of my thoughts, of the things I believe are important. If I don’t put my own book into this space, what the heck am I doing? If my own work isn’t important to me, then what is?

So here’s the deal, you two people who stuck it out through all this navel-gazing: The Adventures of Damnation Kane are currently available, from the beginning, on my other blog. But only until I get the book published, and then the chapters will come down; I will keep up a couple of the first chapters so a new reader could get an idea of what it’s all about; and I will keep posting new chapters every Saturday as I’ve been doing for ten months, now. The first volume of the Adventures will be available in trade paperback form, and also as a series of four short ebooks; my readers on this blog who review books, I will be asking you all to write me a review, if you would be so kind. And in the meantime, while I am working on getting these books out into the world, I will be writing about the process and the experience of writing and publishing books.

I hope and believe that this time, I’m on the right path. Thanks for coming along with me this far.